Advisor to the Vice President for Student Affairs 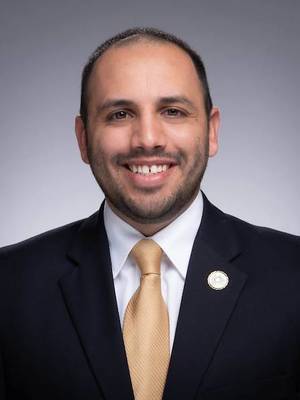 Mr. Oleck returned to Student Affairs from the Office of Mission Engagement and Church Affairs, where he served as Advisor the Vice President and assisted the Office in its work of deepening the University’s Catholic and Holy Cross mission and stewarding its relationships to the Catholic Church.

Previously, Mr. Oleck held several roles in Notre Dame’s Office of Residential Life. He served as the inaugural Assistant Director for Off-campus and Transitions, where he was responsible for the expansion of resources and support for off-campus students and coordinating the move-in and move-out processes in all on-campus residence halls. Concurrently, Mr. Oleck supervised a team of Community Assistants as Coordinator of Programming and Community Life at Fischer Graduate Residences. As an Assistant Director, he also participated in division-wide efforts to articulate the nature of the undergraduate residence hall experience and to deepen the division’s commitment to its Catholic and Holy Cross mission.

A native of Grand Rapids, Michigan, Mr. Oleck graduated from Notre Dame with a bachelor's degree in history and theology with a philosophy minor. He also earned a master’s degree in theological studies from Notre Dame, during which time he served for two years as Assistant Rector in Fisher Hall. Mr. Oleck lives in South Bend with his wife, Marcy, and their young daughter.