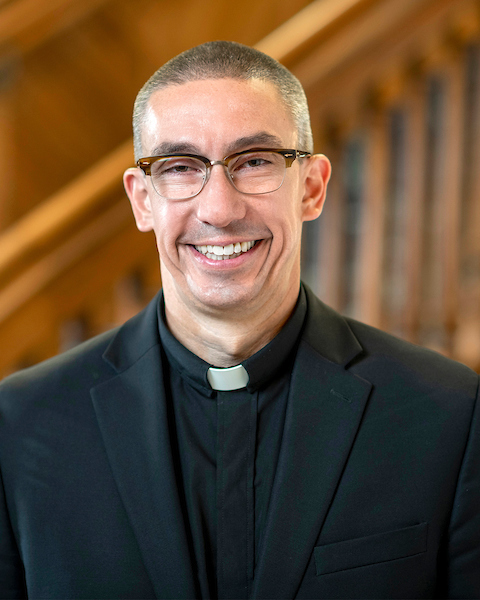 As Assistant Vice President of Campus Ministry within the Division of Student Affairs, Father McCormick oversees a staff of some 30 clerical, religious and lay ministers tending to the spiritual needs of all Notre Dame students.

While in the seminary, Father McCormick worked at St. John Vianney Parish in Goodyear, Ariz., directing its Confirmation program, teaching mathematics in the parish school and coaching 5th and 6th grade basketball. Returning to Notre Dame, he earned a master’s degree in divinity in 2006 and was ordained a Holy Cross priest the following year. He received his Executive MBA from Notre Dame’s Mendoza College of Business in 2015. From 2007 to 2013 he served as rector of Notre Dame’s Keough Hall. He also served as associate vocation director for Holy Cross from 2007 to 2010. He served as associate director of Campus Ministry until January 2015 before becoming director, and serves as chaplain to the Notre Dame Men's Basketball team.