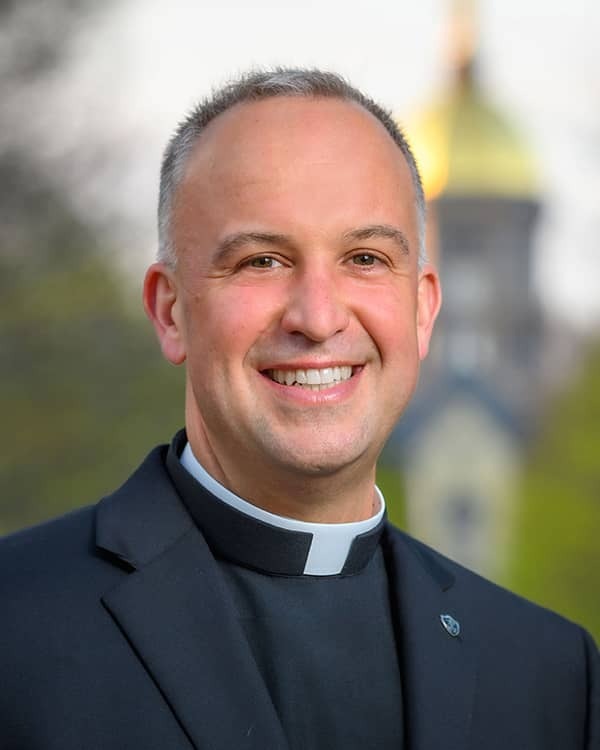 Fr. Olinger previously served as Vice President for Mission Engagement and Church Affairs at the University of Notre Dame, where he stewarded and deepened Notre Dame’s Catholic and Holy Cross mission and served as the University’s liaison to the Congregation of Holy Cross, the U.S. Bishops, the United States Conference of Catholic Bishops (USCCB) and its affiliates, and the Holy See. He also oversaw the Tantur Ecumenical Institute in Jerusalem and provided critical leadership for the University’s ecumenical and interfaith outreach. In addition, Fr. Olinger directed the Notre Dame-Newman Center for Faith and Reason in Dublin and the Grotto Network, the University’s digital media network for evangelizing Catholic young adults.

Before returning to the University of Notre Dame in 2018, Fr. Olinger served in several senior administrative roles at the University of Portland in Portland, Oregon, including Vice President for University Relations, Vice President for Student Affairs, and Executive Assistant to the President. He was also a concurrent assistant professor of political science in the university’s College of Arts and Sciences, teaching courses in character ethics and on the U.S. judicial system.

A current member of the board of directors for King’s College in Wilkes-Barre, Pennsylvania, and a trustee of Strada Education Network, Fr. Olinger served for four years on Notre Dame’s Board of Trustees. He also served on the board of directors for the Association for Student Affairs at Catholic Colleges and Universities and the board of trustees for De La Salle North Catholic High School in Portland. He is a member of the state bars of Indiana and Pennsylvania.